Enabling business growth for clients is at the centre of Pinnacle Growth Group.

Established in 2018 and headquartered in Lisburn, Co Antrim, Pinnacle Growth Group has a multi-sectoral client base, providing business growth support to organisations in Northern Ireland, Republic of Ireland and GB. The firm is led by Co-Founders Robert McConnell and Dr Scott King.

Our vision is to be one of the leading providers of business growth support in the UK and Ireland.

GO ABOVE AND BEYOND TO ADD VALUE TO OUR CLIENTS BUSINESS

CONTINUOUSLY EXPAND OUR KNOWLEDGE TO BETTER SERVE OUR CLIENTS

Trying to find one person who has all the necessary skills needed to deliver a complex and diverse project can be like trying to find a unicorn.

Pinnacle don’t believe in a one person to solve all approach. We use our diverse selection of core team members and associates to ensure that the right skills are integrated into our client’s projects at the right time, to ensure our clients projects are delivered efficiently and effectively.

Alastair Hamilton is a Chartered Director, with a successful senior executive career in both private and public sector. Alastair worked for BT for over 25 years, holding a number of executive positions, including MD for BT Major Business in Ireland before becoming Director of BT Health in London. In May 2007, Alastair was seconded for one year to work as Chief Economic & Business Adviser to the Northern Ireland First Minister. Having played an active role in the local business community in Northern Ireland for more than two decades and having served as Chair of Economic Affairs Committee of CBI NI and Vice President of NI Chamber of Commerce, it was no surprise to see his appointment as CEO of Invest NI in 2009. Delivering an agenda of change and resetting Invest NI’s ambition to attract Inward Investment and support local companies, Alastair delivered a 10 year period of growth and investment, despite the economic challenges of that time. Alastair is a Fellow of the Institute of Directors in Northern Ireland; he was the recipient of the Lunn’s Award of Excellence from the Institute of Directors in 2016 and was awarded UK Public Sector Director of the Year. In 2019, Alastair was delighted to receive an honorary DSc (Econ) degree from Queen’s University Belfast and was recognised with a CBE in the 2020 New Year Honours. Alastair was appointed to the Board of Danske Bank (UK) in May 2020 as an independent non-executive Director and in January 2021 was appointed as Chair of Pinnacle Growth Group. 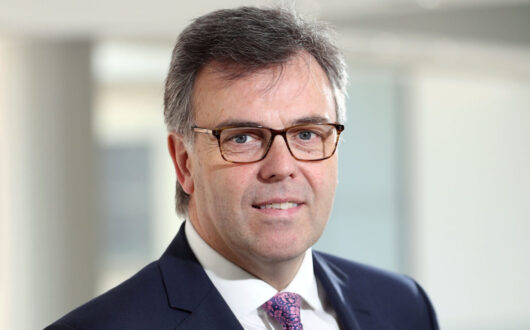 Robert is a Chartered Director, Chartered Engineer, a Fellow of the Institute of Directors and the Institute of Materials, Minerals & Mining. Twice IoD NI Director of the Year (2017 & 2019), Robert is an expert in international business, operational excellence and business growth. For over 15 years Robert has provided strategic direction and operational leadership to local, regional and international organisations. Graduating in both Engineering and Business, Robert combines technical ability with astute commercial awareness, providing clear and logical advice to support Pinnacle Growth Group’s many and varied clients.

Scott is an award-winning business growth advisor, entrepreneur, investor, published author, lean practitioner and Chartered Engineer. For over 15 years Scott has worked and travelled across the globe providing direction, assistance and leadership to an ever-expanding list of multi-sectoral organisations, ranging from new start’s to SME’s and globally recognised brands. Scott utilises his library of accumulated knowledge and experience to provide a pragmatic approach to supporting organisations to achieve their vision and potential. 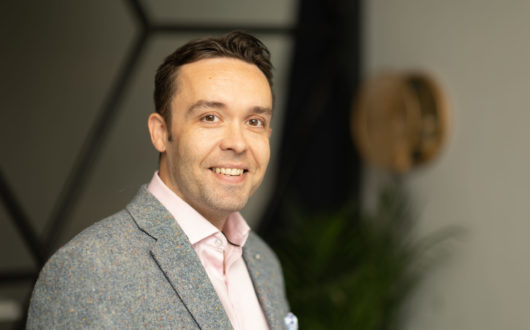 Judith Neill is Head of Business Growth at Pinnacle Growth Group, bringing over 20 years of experience in sales, marketing, and business leadership to the team. She is skilled in business development, commercial acumen and building lasting customer relationships. Judith has worked in a variety of different roles across several different sectors and has a strong drive and determination to succeed and win business. Judith will play an immediate and important role in developing long-lasting and impactful relationships with our clients. 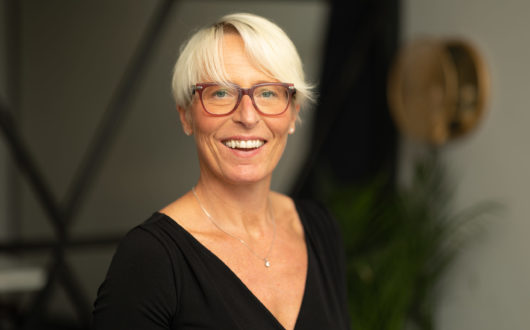 Joining Pinnacle Growth Group in February 2022, Fiona brings nearly two decades of experience within the public sector. Fiona specialises in project and programme management, having led and supported the strategic delivery of various multimillion pound public sector and EU programmes, focusing on both the wider economic and specialist industry sectors. In her role as Senior Business Consultant, Fiona will support clients across Finance for Growth on important areas of business development, such as grants and funding applications, creation of business plans and developing detailed and robust financial analysis and projections. 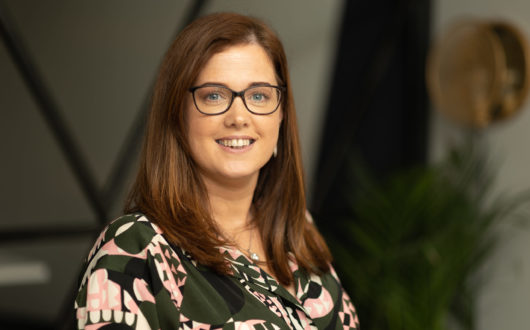 Girvan Gault, former Director of Commercial Banking at Ulster Bank, brings over 30 years experience across all business sectors and an extensive knowledge of the banking sector and productive offerings, as he joins Pinnacle Growth Group as Finance and Banking Consultant. Whether it is advice on banking relationships, funding structures, bank credit appetite or ensuring your bank costs are competitive, Girvan can add value to your business and enable your business growth. Girvan is now available to undertake a review of your current banking, funding and credit relationships, proposing changes and improvements where applicable. 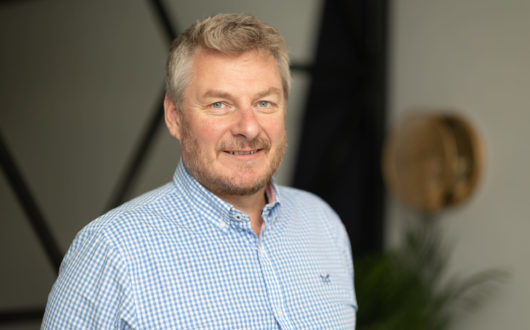 William is our Technical & Innovation Specialist and works to assist our valued clients to offer technical guidance to help deliver R&D projects. He has over 8 years’ experience working in various engineering roles . He has led and participated in large scale organisation transformation projects aimed to maximise efficiencies and productivity to achieve business growth and key objectives. William brings to the team experience of R&D, planning, setting up and optimising manufacturing systems and demonstrating the link between operational and strategic development. 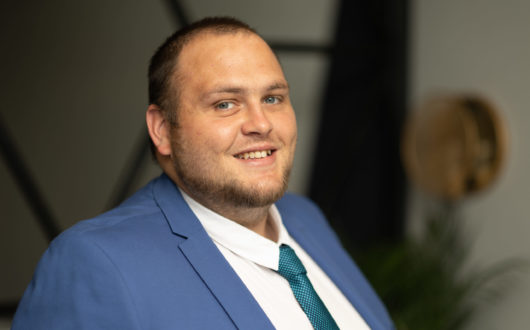 Marcus is a Business Consultant who has extensive knowledge in relation to International Trade & Customs, Finance, and International Supply Chain Management. He has experience supporting a wide range of organisations from SME’S to large multinational corporations based across the UK and Ireland in an extensive range of industries including, aerospace, construction, manufacturing, and retail to help them manage their trade requirements. Marcus has completed Level 4 Customs Practitioner training through the Institute of Export and International Trade. 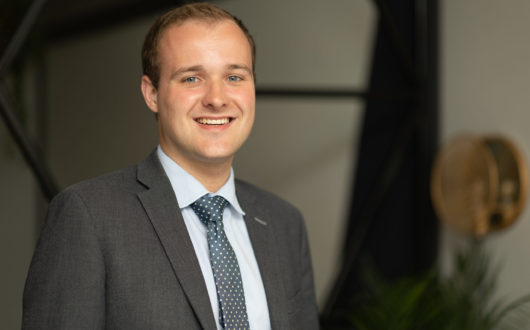 Johnny is a business consultant currently supporting the Finance for Growth team. Joining Pinnacle Growth Group in 2019 following university, Johnny was assigned to the Trade and Export for Growth team and provided expert support on the EU Exit Process to clients across Ireland and has completed his Level 3 Certificate in International Trade. As part of the Finance for Growth team, Johnny has led the completion of applications for business supports from organisations such as InterTrade Ireland, Invest NI and Innovate UK for clients across the UK and Ireland, successfully supporting their strategic business growth targets within staffing, research and development, external trade and strategic planning. 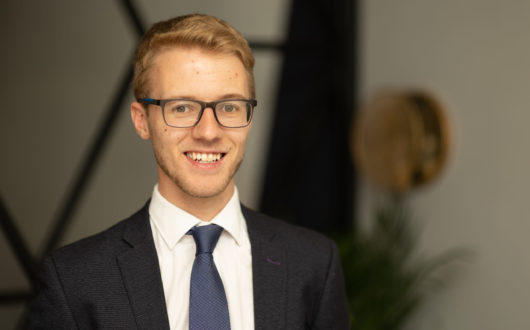 Joining Pinnacle Growth Group in February 2022, Alan is a Business Consultant supporting the Business Improvement team. Following the completion of an MSc in Business Development and Innovation, Alan has gained experience in business development on both a local and international level, and also has a high-level of expertise in the adaptive management of organisational change and growth. Alan has gained a Level 5 CMI qualification in leadership and management and is currently completing a Level 7 CMI qualification in professional consulting. 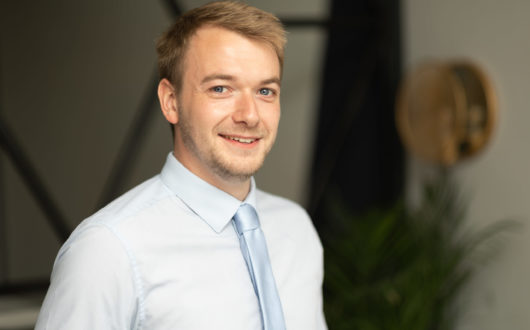 Katie joined the Pinnacle group as a Business Analyst in 2021. She has a First-Class Honors BA in English, and her excellent written communication, research, and analytical skills are of great value to the team. Katie’s skillset and sharp eye for detail supports both the Pinnacle team and clients with Invest NI and funding applications. She is currently working towards a Marketing MSc, and this will bring to the team a richer knowledge of digital communication, advertising, branding and creative solutions to marketing challenges. 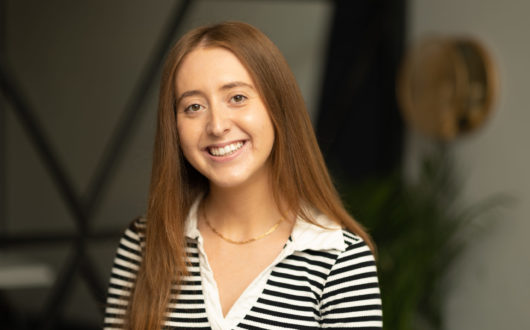 Joining Pinnacle Growth Group in May 2022 upon completion of a BSc (Hons) in Business with Accounting and graduating with First class honours, Samuel brings current business knowledge to the team at Pinnacle Growth Group. Samuel specialises in business analysis, development and research while also bringing additional finance and accounting experience to the team. In his role as a Business Analyst, Samuel has and will continue to engage and communicate with clients while assisting them in crucial areas of business development, such as leading funding and grant applications, construction of business plans and the development of financial projections to further enable business growth for our clients. 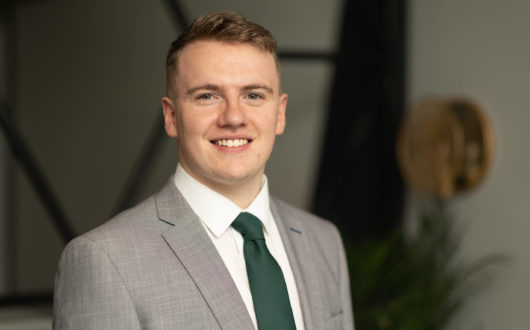 A recent graduate in MA (Hons) International Business Management, with nearly two years’ experience in Business Development at an international level, Harry joined Pinnacle Growth Group in 2022 as a Business Analyst supporting multiple functions within the team. Bringing his excellent communication skills, experience in business development and project delivery, with a particular focus on Sustainability, Harry is of great additional value to the team and clients. 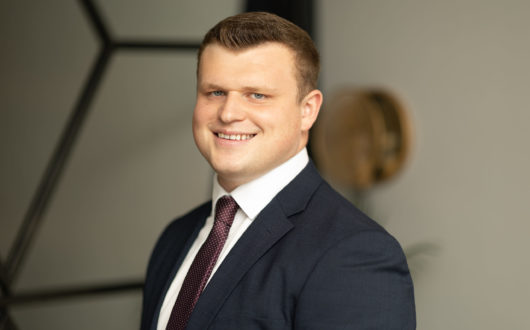 Jill joined Pinnacle Growth Group in May 2022 as Executive Assistant. With over 20 years professional experience Jill supports the team from all aspects of the day to day running of the business. She is responsible for scheduling; reviewing, prioritising and responding to emails; answering and returning phone calls; organising documents; maintaining records; taking notes at meetings and any other administrative tasks that helps the wider team perform for clients. 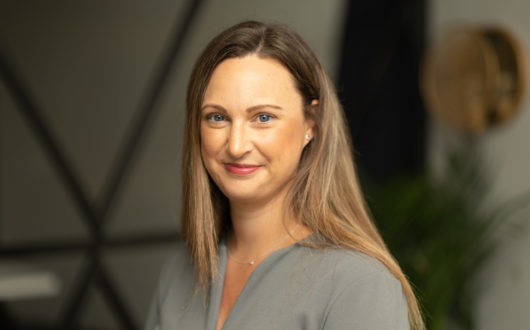 Described as “the best bid manager I have ever worked with” by the Ireland General Manager of a €1 billion corporation, Michael is a trusted consultant helping clients win proposals and tenders. With 20 years’ international experience, working across multiple sectors on contracts of up to £250M, he has helped land millions of pounds worth of deals. Many of his clients have built 100% annual win rates and he has coached even bid novices up to a 100% score (practically unheard of in proposal and tendering circles). 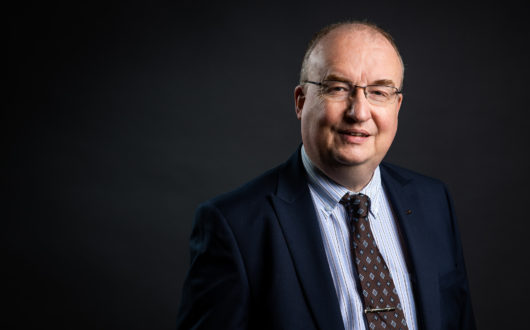 Breige is an experienced HR Consultant, providing independent and expert advice and support to organisations This includes advising management on the administration of human resources policies and procedures and analysing a company’s current HR programmes and recommending solutions. In addition, Breige is skilled in developing, revising, and implementing HR policies and procedures, ensuring compliance with best practice, laws and regulations, developing and coordinating workflow and resource changes, and delivering Human Resources training. 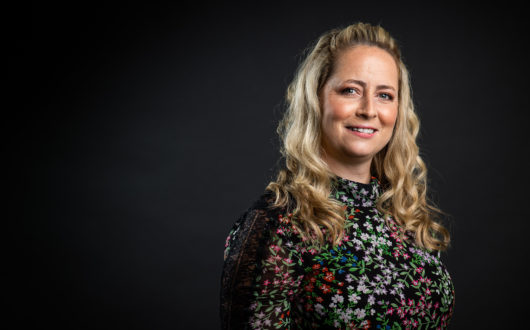 Gareth is a lean consultant with over 20 years of experience working in financial services, developing lean methodologies, and executing business growth strategies. He has worked across multiple sectors such as Financial Services, Manufacturing and Hospitality. Gareth engages with his client’s mission to support the achievement of objectives and goals by delivering business improvement initiatives in project analysis, implementation, and coaching and training programs to sustain business changes. His communication skills and determination are a great compound to provide guidance and expert advice on continuous business improvement, problem-solving, customer experience, and business analysis. 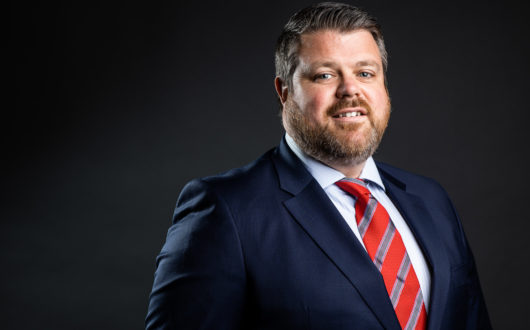